Who is Violet? what is she,
That all our swains commend her?
Holy, fair and wise is she;
The heaven’s grace did lend her,
That she admired be.

Is she kind as she is fair?
For beauty lives with kindness.
Love doth to her eyes repair,
To help him of his blindness,
And, being help’d, inhabits there.

Then to Violet let us sing,
That Violet is excelling;
She excels in each mortal thing
Upon the dull earth dwelling:
To her let us our troubles bring.

Recently a certain lazy trick of dramatic license is beginning to wear on my nerves. It is something like the Old Yeller effect, aka the Bambi’s Mom effect. Want to add some dramatic tension to your tale? Toss in some senseless violent tragedy as prologue and / or ending. Tadah! Must be serious literature-like because it is sad.

If I want grief I will turn on the news.

Because of this kind of crap, Chise in Ancient Magus Bride has to go through a creepy slave auction. Strange; you have all manner of over-powered magical creatures inhabiting that world, all with their own sense of what is right and fair and good. It would take one of them to wipe any such an abomination from existence. Even Black Butler, a series that is nothing but violent creepy-tastic shotacon-BL-bait starts by obliterating a similar perv-pit. I didn’t like it when Chip Delany did it for one of his gay sci-fi morality tales 30 years ago and I still don’t like it. Just me.

Why not give one or more of the young women in Aria a senselessly violent and creepy back story, just for Otaku juice?

With Youjo Senki (young girl’s war diary/ The saga of Tanya the Evil), the whole of the story is drenched in war. The extra twist, that she is a reincarnated asshole salaryman caught in a Job-like wager with a deity just winds the karmic clock springs:

“Get a safe behind-the-lines sinecure but let’s do just one more teeny weenie over-the-top-murderous-stunt to prove to my superiors how effing qualified and worthy of promotion I am, even if it will get me near-killed. Do not succumb to any weak spiritual mumbo-jumbo and let being X win. Oh frick! Looks like I really like killing! Wheeeeeeeeeeeee!“

“Ps, God personally hates me and the feeling is mutual.”

So what happens when your perfect child soldier/ girl golem/ vague unexplained war-“doll” is smashed up in battle, decommissioned and then told to find a life among civilians? Pretty much the same as what happens between battles for any of the other examples of Dr. Saito Tamaki‘s Beautiful Fighting Girl; she starts to wonder what all those complicated and confusing feelings are and then shoujo manifests. Or the shonen-ish shadow thereof, as the magic, miracle girlfriend slowly goes all dere-dere.

Fortunately, an obscure manga had the final last word on this kind of nonsense years ago 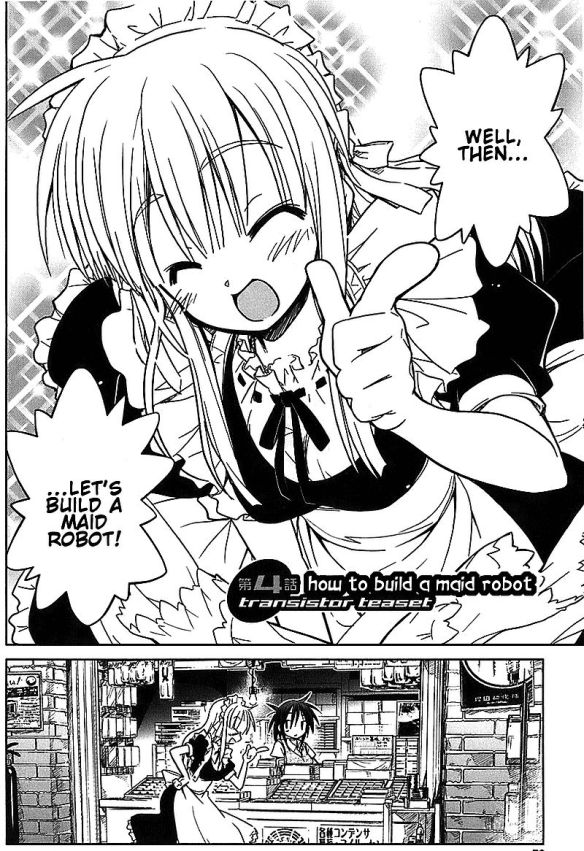 I always liked the tomboyish shojou-ai young women’s homosocial of Transistor Teaset (2009). On my first visit to Japan, I toured Akihabra and even chanced upon the night swap market in the parking garage featured in Akihabara@DEEP. Russian amp tubes, American and JSDF army surplus radio parts. Sadly it was gone to redevelopment a few years later and fewer of the original small “radio town” shops remained. 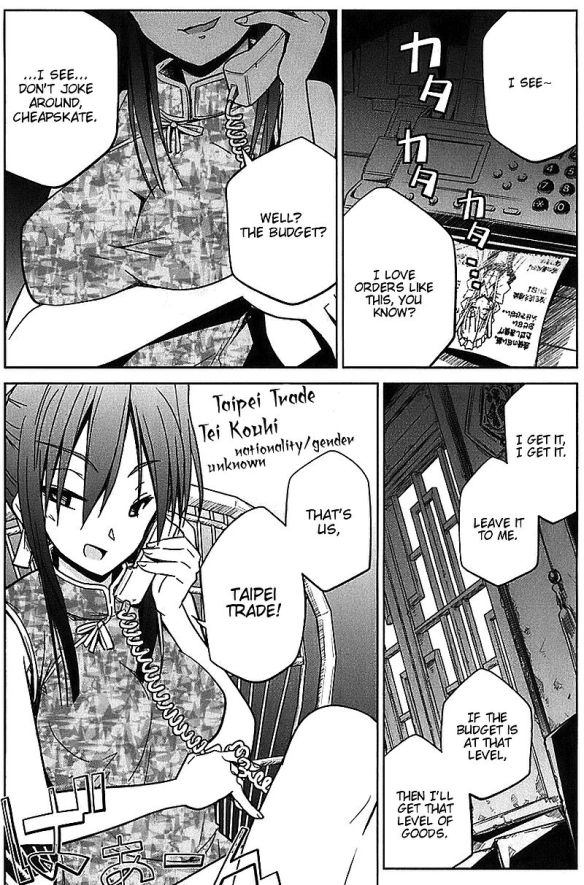 Perhaps by now they are all gone, replaced by otaku-ish cafes and giant camera-and-consumer-gadget stores for the tourist trade. I found the older electronic parts stores more to my taste: even before I messed around with early PC’s I soldered together transistorised kits, designed primitive vacuum tube amplifiers and fixed up clunky tube tv sets. One day someone will write of the connection between ham radio swap meets, sci-fi conventions and Comiket style zine events; a secret history of the 20th century. In Japanese vernacular culture, the associations between radio waves and eccentricity lingers, viz the young detective in Paranoia Agents, Denpa Onna to Seishun Otoko (Ground Control to Psychoelectric Girl) and the Akiba’s Trip franchise. Think “tinfoil hat” if you need a localized equivalent.

The young protagonists of Transistor Teaset, eccentric as they might be, are formidably deadpan in their knowledge and consideration of the current, limited definition of Otaku. 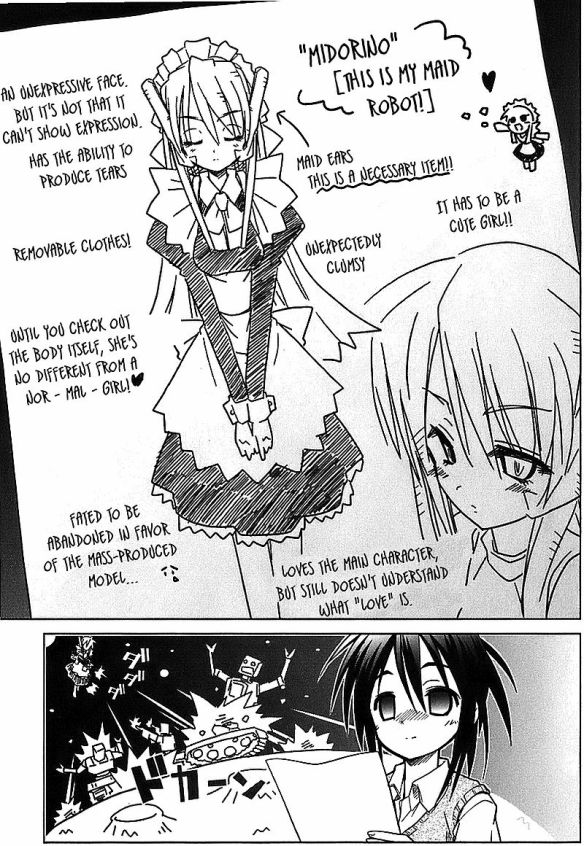 Otaku once meant any type of well-versed hobbyist and the electronic hobbyist always considered themselves among the most hardcore elite of old-school otaku. (Computer nerds? Hah! I will see you one clone AppleII and raise you my JLS OBM-l00 XT motherboard in the attic). Therefore by divine right they are entitled to take a dismissive stance towards the most sacred tropes of lesser aotakudoms. 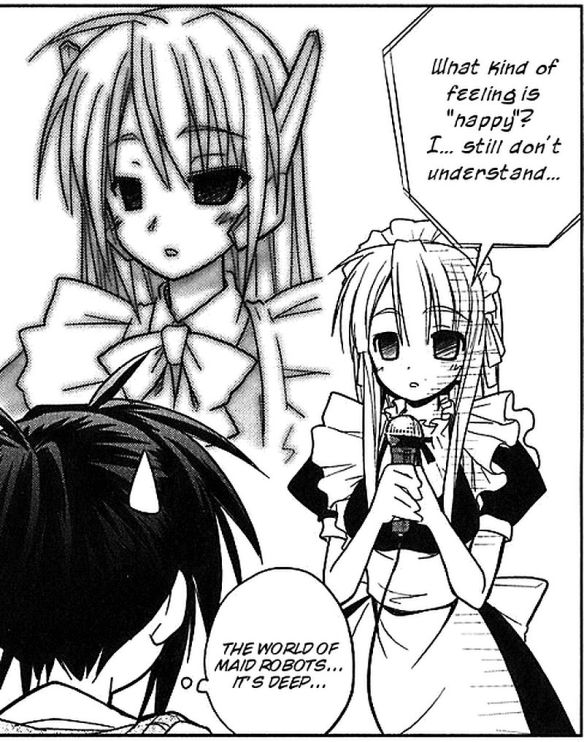 The Auto Memory Doll of the Violet Evergarden anime is just a clunky, fanciful way of saying public secretary for hire. Before the term typist was used, people reportedly used the word type-writer to refer to the woman behind the machine rather than the machine itself.

In the light novels it is suggested that the Auto Memory Doll was the unspecified creation of a scientist made for his novelist wife and later mass-produced.
For our purposes it appears to be the clunky English translation of an imagined profession for human women.

Violet herself does not seem to be some mysterious robot magic golem; she bleeds when caught in explosions. More likely she is a traumatized hyper-trained child soldier. Bodyguard and factotum to an officer? Secret weapon? Assassin? Newly cashiered and fitted out with prosthetic arms and hands. Why no military pension for her? Why the hush-hush socialization into civilian life if not to play out an over-used trope?

What is missing, through the convenience of her vague raised-and-trained-as-a-war-machine back story are the normal human weaknesses that come with an emotional sense of self. Violet suffers no PTSD, no “millions of her mouthless dead across her dreams in pale battalions go“. Violet does not wake in a cold sweat in the middle of the night, lash out at her friends and family, self-medicate herself into substance abuse and contemplate suicide. Her convenient back story pre-dopes her to the gills with the plot-line equivalent of SSRIs, leaving her with only the robot maido’s trite question with which to tether her humanity to. 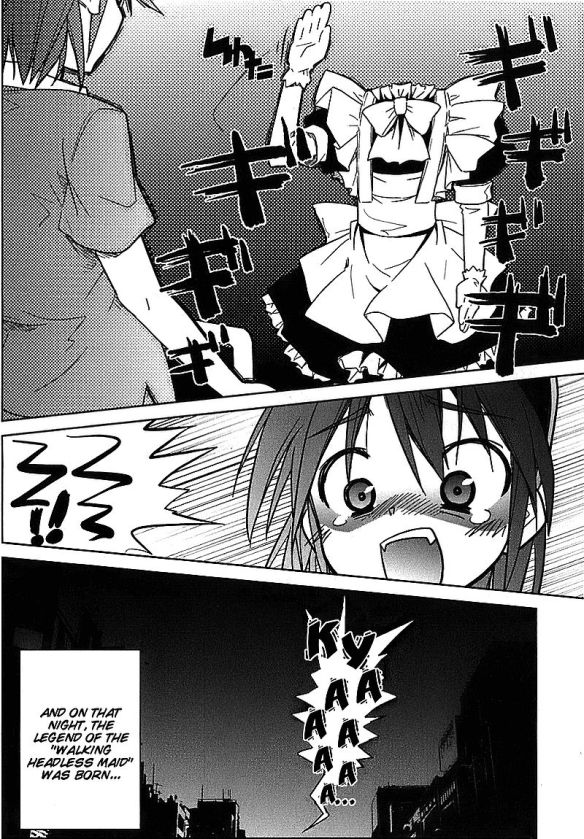 Only the epistolary conceit of her (re-) socialization into civilian life redeems her.

Her country is full of illiterates who nevertheless need to send letters to the ones they are separated from. As creatures of language as well as speech, it is presupposed that an inability to write one’s feelings must indicate a difficulty speaking, even thinking them. A new appreciation for some of Lacan‘s work emerges, if one considers it grounded in the peasant illiteracy of immediately post WWII France. Once abandoned to a rural high school I raised weekend drinking money by writing essays for inarticulate farmboy university students – I can appreciate this story trick. In writing for others, Violet will write herself and her self. Very post-war European critical theory-esque.

This is a tall order.
We shall see how well the anime’s remaining episodes can pull it off.