Initially I wanted to slot Miss Kobayashi’s Dragon Maid [https://en.wikipedia.org/wiki/Miss_Kobayashi%27s_Dragon_Maid] into the yuri section but recurring complaints about how it plays fast and loose with busty dragons sexually harassing young boys (named Shouta — jeesh!) led me to notice something else. Boobie burlesque routines aside, the manga, the anime and two other spin-off mangas are loaded up with charas who all desperately long for company and affection. Dragons and wage slaves alike, everyone is ronery but some of the charas do ronery wrong:. The most serious complaint that can be raised against Dragon Maid is one that is all too common to Japanese ensemble comedies:

Foreigners, outlanders, gaijin are always too loud, too touchy-feely, clumsy and ignorant of local customs and codes of behavior. They lack discretion. They are inevitably in need of socialization — even if the freedom behind their irresponsible behavior is secretly envied..

WARNING: Adult themes and over-consideration of traditions of Japanese cartoon intimacy below the cut. Fourth and last of a 4-part essay series on Japanese vernacular visual narratives conventions surrounding the depiction of intimacy. Snark. Some spoilers.

END_OF_DOCUMENT_TOKEN_TO_BE_REPLACED 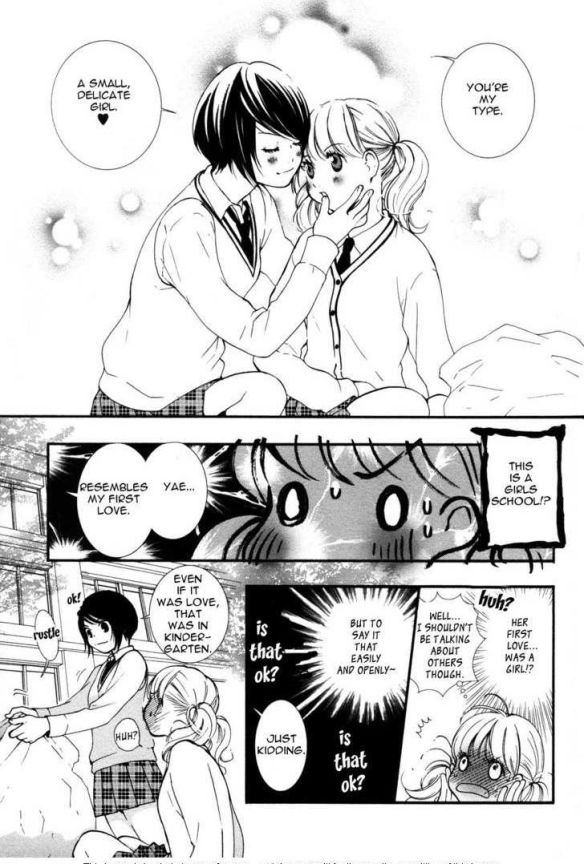 A wide range of readers, including straight guys can develop a taste for light romantic melodrama which yuri does very well, thus avoiding the need to sneak into bookstores at night to purchase Harlequin romances. Neither should we discount the appeal of watching the main character(s) progress through a shadow-of-lesbian (or even semi-realistic lesbian) bildungsroman, especially when we can cheer the character(s) on from a safe emotional distance. I have speculated on yuri as a site for such an expanded take on the iyasheki effect, even as this emotional distance risks trivialising real lesbian subjectivities.

WARNING: Adult themes and over-consideration of traditions of Japanese cartoon intimacy below the cut. Part 3 of a 4 part series on limitations within Japanese vernacular visual narratives depicting intimacy. Snark. Some spoilers.

END_OF_DOCUMENT_TOKEN_TO_BE_REPLACED

“…She said in a poised voice…”

There are a few things that commend the BL (Boys Love) genre to its creators and traditional core audience that madden the outside observer. Why can’t fujoshi just be satisfied with regular heterosexual pr0n? They could amp it up with more romance or schmexy and even change the characters so that they can act freer from societal restrictions; why do they have to use shadow-of-gay-men characters to act out their prefered bodice buster pulp fictions? If the characters are guys, why make them sometimes – but only sometimes – follow a strict formulaic script that ill-fits the bodies and what anyone who cared to ask would find out about IRL (In Real Life) guy:guy sex? Why does one subset of the genre insist that the story is far more emotionally poignant and melodramatically overwrought if neither of the two characters considered themselves “gay” before their fateful encounter? Does the problem with the BL genre lie mostly within the yaoi sub-genre and does yaoi even exist any more?

WARNING: Adult themes and over-consideration of traditions of Japanese cartoon intimacy, including sex below the cut. Part 2 of a 4 part series on limitations within Japanese vernacular visual narratives depicting intimacy. Snark. Some spoilers.

END_OF_DOCUMENT_TOKEN_TO_BE_REPLACED

Manga whoopie for the disappoint.

WARNING: Adult themes and over-consideration of traditions of Japanese cartoon intimacy, including sex below the cut. Part 1 of a 4 part series on limitations within Japanese vernacular visual narratives depicting intimacy. Snark. Some spoilers.