Ten years ago I was following Tripeace. It was a manga, liked well enough by its readers, if a mite too random back in 2008-2011. It never really took off in the outlander anglosphere. If you want to check it on Wikipedia you have to go to the French Wikipedia site. Translated, it sold well in France. Was it ever licensed in English?

Maybe it tried to do too much.

Post-apocalyptic crossdressing action adventure comedy. An incidental spoof on Full Metal Panic‘s Mythril. A world destroyed by war over a rare substance that can either power machines. be worked into megaton-range bombs or miraculously cure the sick, even bring them back from death’s door. A lad, our main character, who has lost all his memories and in a moment of grief, anger and desperation tries a crossdressing bluff against hunter-killer walking tanks. A very very angry young girl who works for the eponymous Tripeace…. 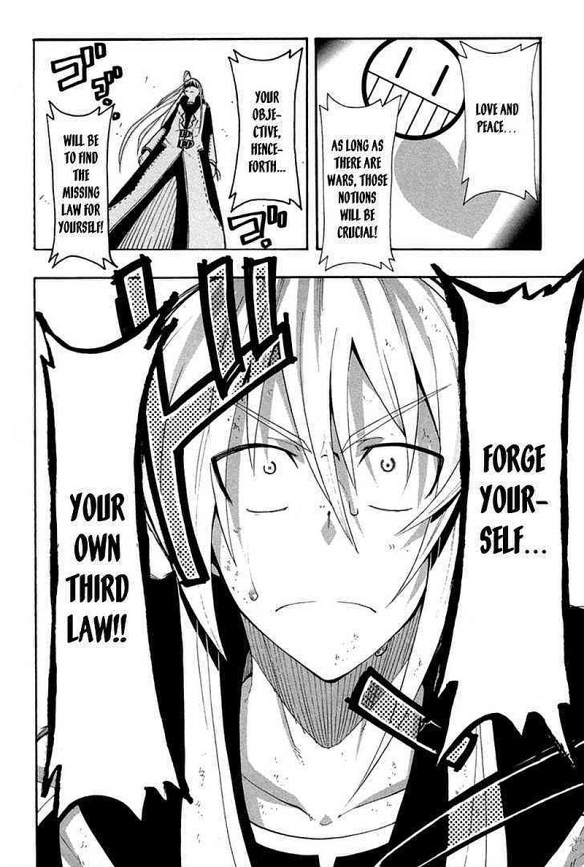 If fans remarked upon anything in the series, it was usually the curious anarcho-philosophical organization of the peace force. Team leaders were those who, among with having super powers or skills, had developed their personal philosophy of “peace-making”, expressed in a quirky tripartite formula: “peace, love and X”. Peace, love and violence, peace, love and money, peace love and sleep, peace love and bestiality with sheep, etc…

So maybe I made up the last one.

What stuck me was the more subtle play of gendered modes of action behind the comedy of mistaken identity. Sure you had the usual Shakespear-ish pastoral comedy stuff – suitably updated for the sci-fi war setting but something odder began to pop up the instant that the girl Shiro developed an admiration crush on the self-confident and resourceful “Nanako from the other, mystery division of Tripeace”. 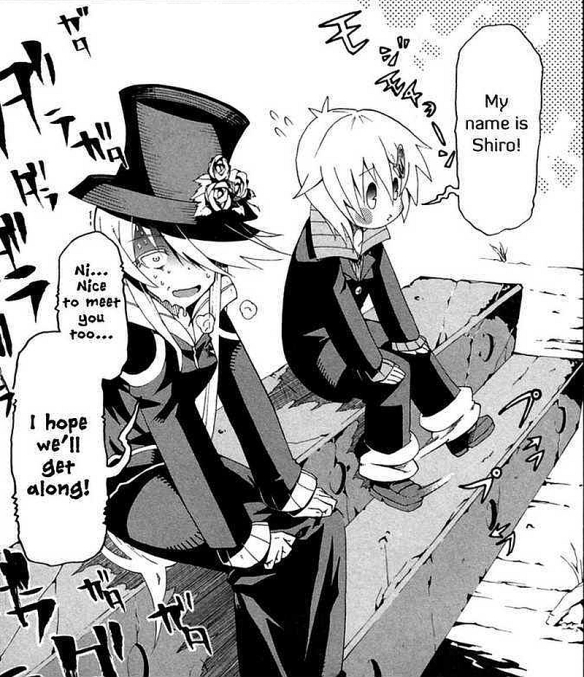 In retrospect, this might have been asshat plotting because Shiro -could- be read as a young lesbian and here she is being fooled… Fortunately Tripeace is very, very thin on romance. Later there will be increasing amounts of fanservice but for most of the story it is all shonen manga style battles, even if Shiro did far more of it than Nana.

Nana of course gets his own admiration-crush on Shiro, even if Shiro doesn’t think much of him, or guys in general; though she respects her ultraviolent squad leader Belial. She is none too pleased that Nana (male) gets mysteriously accepted into Tripeace as a junior, lowest ranked fuck-up and gopher. Belial and his assistant think the Nana-Nanoka thing was a suitable response to their challenge and -shame on them-  think Shiro / Nanoka is not only funny but might eventually “help” her in some way. Or they just have asshat senses of humor.

Shiro is hella strong for her size, dresses shabby-butch (she’s too short for the suits she favors) and hates everything. Later it turns out that she has a load of guilt from her past, plus mom issues; Her mom is a psycho cold-blooded super bomb making uber mad-scientist. Nana has his own genocidal backstory as well that gradually dribbles out.

All this would have made a fairly standard fighting adventure sci-fi story without the guy main chara crossdressing.But then we wouldn’t get any of the fun of messing with ideas of who does what how in battle adventures.

Shiro hates heroics. Previously, as a member of Belial’s squad, she respected his ultraviolent approach to peacemaking. Smash anything and everyone doing war but now the approach leaves her feeling hollow.

Nana in male form has been training with Tripeace battle bots so as not to be completely useless in a crunch but as Nanoka, eschews violence, saves wounded foes and takes ridiculous risks to mediate between combattants. Which just seems to win her ever more confrontations with overpowered psycho baddies.

Then Shiro has to go off and fight her psycho mad scientist mom.

When Shiro faces her big last boss battle, it of course has to be Nana, his memories – including the ones of his founding and leadership of a nihilistic terrorist organization – intact. -And- He still likes to crossdress. But in the end, both are left exhausted after a classic shonen dusk-to-dawn gag battle. The story ends before we find if any of this nonsense leads anywhere.

Whew! I forgot how random Tripeace was. Also it was full of clumsy, naive gender politics. Whatever.. It was still fun.